Each year, the Rock and Roll Hall of Fame honors rock music’s pioneering figures during a prestigious, black-tie ceremony. As the Hall of Fame enters its third decade, it’s these extraordinary induction ceremonies — featuring the biggest names in classic rock from the ’60s, ’70s and ’80s – that have become nearly as epic as the artists they celebrate. On September 6, Time Life and the Rock and Roll Hall of Fame give home audiences front row seats to the unforgettable ceremonies from 2010-2017 with the 11-disc collector’s set ROCK AND ROLL HALL OF FAME: IN CONCERT.

On this new-to-retail collection, singular performance highlights include: 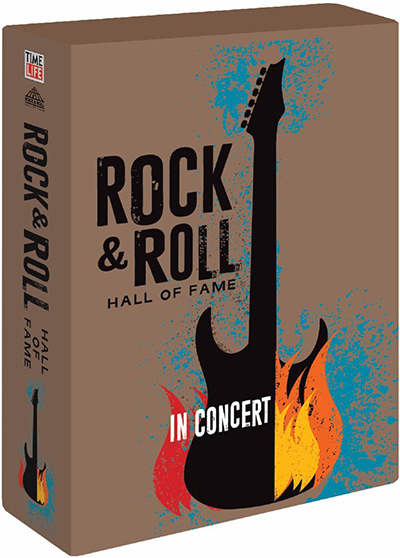 The biggest and best video music collection Time Life has ever produced, only Time Life and The Rock and Roll Hall of Fame could have put ROCK AND ROLL HALL OF FAME: IN CONCERT together. Because as Eric Clapton memorably said from the stage “music is all you really need, love and music.”

About Time Life
Time Life is one of the world’s pre-eminent creators and direct marketers of unique music and video/DVD products, specializing in distinctive multi-media collections that evoke memories of yesterday, capture the spirit of today, and can be enjoyed for a lifetime. TIME LIFE and the TIME LIFE logo are registered trademarks of Time Warner Inc. and affiliated companies used under license by Direct Holdings Americas Inc., which is not affiliated with Time Warner Inc. or Time Inc.

About the Rock and Roll Hall of Fame
The Rock and Roll Hall of Fame and Museum’s mission is to engage, teach and inspire through the power of rock and roll. The institution carries out its mission by giving voice to the stories of the people, artifacts and events that shaped rock and roll – through Museum exhibits, materials in the Museum’s Library and Archives, traveling exhibitions, and a wide array of innovative educational programs and activities. The Museum is open seven days a week from 10 a.m. to 5:30 p.m. On Wednesdays (and Saturdays through Labor Day), the Museum is open until 9 p.m. For more information, please call 216.781.ROCK (7625), visit rockhall.com or follow us on Facebook, Twitter (@rock_hall) and Instagram (@rockhall).