She had him at “Hello” in this outrageous comedy about an A.I. life coach becoming a tech nightmare when Jexi arrives on Digital December 24 and on Blu-ray (plus Digital), DVD, and On Demand January 14 from Lionsgate. Written and directed by Jon Lucas & Scott Moore (Bad Moms franchise, The Hangover franchise), Jexi features a hilarious all-star ensemble cast including Adam Devine, Alexandra Shipp, Ron Funches, Charlyne Yi, Primetime Emmy winner Wanda Sykes (1999, Outstanding Writing for a Variety or Music Program, “The Chris Rock Show”), Justin Hartley, with Michael Peña, and Golden Globe and Primetime Emmy nominee Rose Byrne as the voice of “Jexi” (Golden Globe: 2008/2010, Best Performance by an Actress in a Supporting Role in a Series, Limited Series or Motion Picture Made for Television, “Damages”; Emmy: 2009/2010, Outstanding Supporting Actress in a Drama Series, “Damages”). Jexi is produced by Primetime Emmy nominee Suzanne Todd, p.g.a., (1997/2000, Outstanding Made for Television Movie, “If These Walls Could Talk”/“If These Walls Could Talk 2”) and executive produced by Mark Kamine (Brad’s Status). The Jexi Blu-ray and DVD will include brand-new making-of featurettes, including “Jexi: Making Life Better” and “Unboxing Jexi,” and will be available for the suggested retail price of $24.99 and $19.98, respectively.

OFFICIAL SYNOPSIS
To Phil (Adam Devine), a hot Saturday night is binge-watching reality shows and ordering takeout. Phil needs to get a life. What Phil gets is a new phone with an unexpected feature: Jexi (Rose Byrne), a badass A.I. life coach determined to make a man out of him. With Jexi’s help, Phil attracts his dream job, fun friends, and a beautiful girl. But when Phil grows less dependent on Jexi, she morphs into a tech nightmare determined to keep Phil all to herself in this star-studded comedy from the writers of The Hangover and Bad Moms. 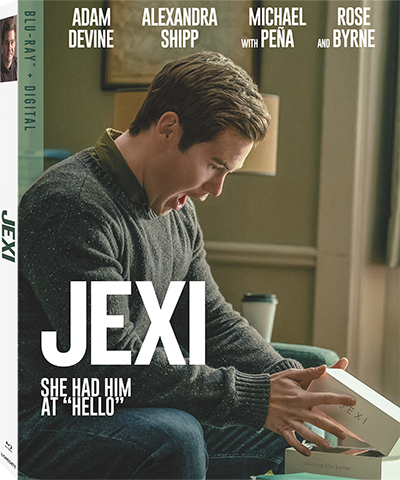 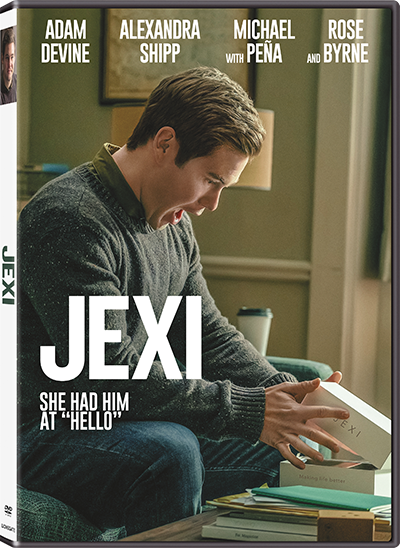